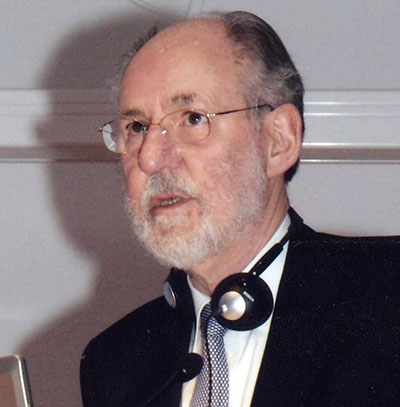 Graham Crompton was born in 1935 in Lancashire, England and went to medical school in Edinburgh, where he qualified in 1959. He trained as a respiratory physician in Edinburgh with Sir John Crofton and Dr Andrew Douglas and became a Consultant Respiratory Physician at the Western General Hospital in Edinburgh in 1969, working there until his retirement in 1999. He was one of the outstanding respiratory clinicians of his day, but also became internationally recognised for his research and reviews on asthma management. In particular, he was the first to highlight the problem of widespread inhaler misuse and its impact on asthma control. He was an important influence of the development of more effective inhalers that were easier to use. He published over 100 peer-reviewed papers, over 50 chapters and reviews and published a book on the management of respiratory diseases. He has lectured widely and his humour in his talks is greatly appreciated by the audience.

The creation of ADMIT

At the suggestion of Larisa Leibersperger and Beate Koos from Viatris (now MEDA Pharma), Graham was invited to establish a group of experts to look into how inhaled therapy could be more effectively delivered. Graham’s own research and a growing body of literature recognised that many patients with asthma and COPD who were prescribed inhaled therapy were not able to use their devices correctly and that this was compromising their response to therapy. This problem had largely been ignored in asthma and COPD guidelines so inhaler misuse perpetuated. In addition, inhalers were becoming more confusing to general practitioners as more and more devices were coming on the market, including generics. Many inhaled therapies were in new devices and the instructions for their use were often unclear and usually unread by doctors and patients.

Graham brought together some of the leading experts in Europe on inhaler use and ADMIT was born in 2005. This led to great activity, with the production of several key publications, establishment of a website and the production of a comprehensive list of information and instructions for using all marketed devices. Unfortunately, MEDA decided not to further develop inhaled products and withdrew their sponsorship in 2013. Fortunately Chiesi agreed to continue support of ADMIT through an independent foundation in Florence.

Graham was an inspirational chairman and managed to motivate the ADMIT members with the active encouragement of Larisa and Beate. Several younger members were co-opted onto the committee which continues to be very active. Graham retired from chairing committee in 2014 and the chairmanship was taken over by Professor Richard Dekhuijzen and Professor Soren Pedersen. ADMIT would not be what it is today without the tremendous contribution, enthusiasm and direction of Graham and he continues his involvement as an Honorary Member.

By continuing to use the site, you agree to the use of cookies. More information